Do you own an e-bike, or would you buy one? Click here we have it in stock

Do you own an e-bike, or would you buy one?

Generally speaking, e-bikes are bicycles with a battery-powered “assist” that comes via pedaling and, in some cases, a throttle. When you push the pedals on a pedal-assist e-bike, a small motor engages and gives you a boost, so you can zip up hills and cruise over tough terrain without gassing yourself. Called “pedelecs,” they feel just like conventional bikes—but better, says Ed Benjamin, senior managing director at the consulting firm eCycleElectric. “You control your speed with your feet, like with a regular bike,” he says. “You just feel really powerful and accelerate easily.”

In addition to the pedal-assist feature, some e-bikes come with a throttle that engages the motor with the press of a button. These belong to a separate class of e-bike that, obviously, doesn’t offer a pure cycling experience; they’re also illegal in some municipalities. Interestingly, Benjamin says, people who aren’t already “cyclists” tend to gravitate toward throttle bikes at first, but then turn around and choose a pedal-assist for their next purchase.

The harder you pedal, the bigger the boost, the faster you’ll ride—to a point. E-bikes let you hum along at a brisk clip, but they aren’t motorcycles. You’ll never hammer down the road at 45 mph. The motor is governed to stop propelling you further when you hit 20 to 28 miles per hour, depending on the bike. So you’ll save time on your commute (I shave about three minutes off a five-mile trip) but still enjoy the scenery.

You can also control how big of an assist you get. Most e-bikes come with a power switch that lets you adjust the boost setting from “eco” (low) to “turbo” (high), for when you want a little more oomph to help you, say, up a steep hill. 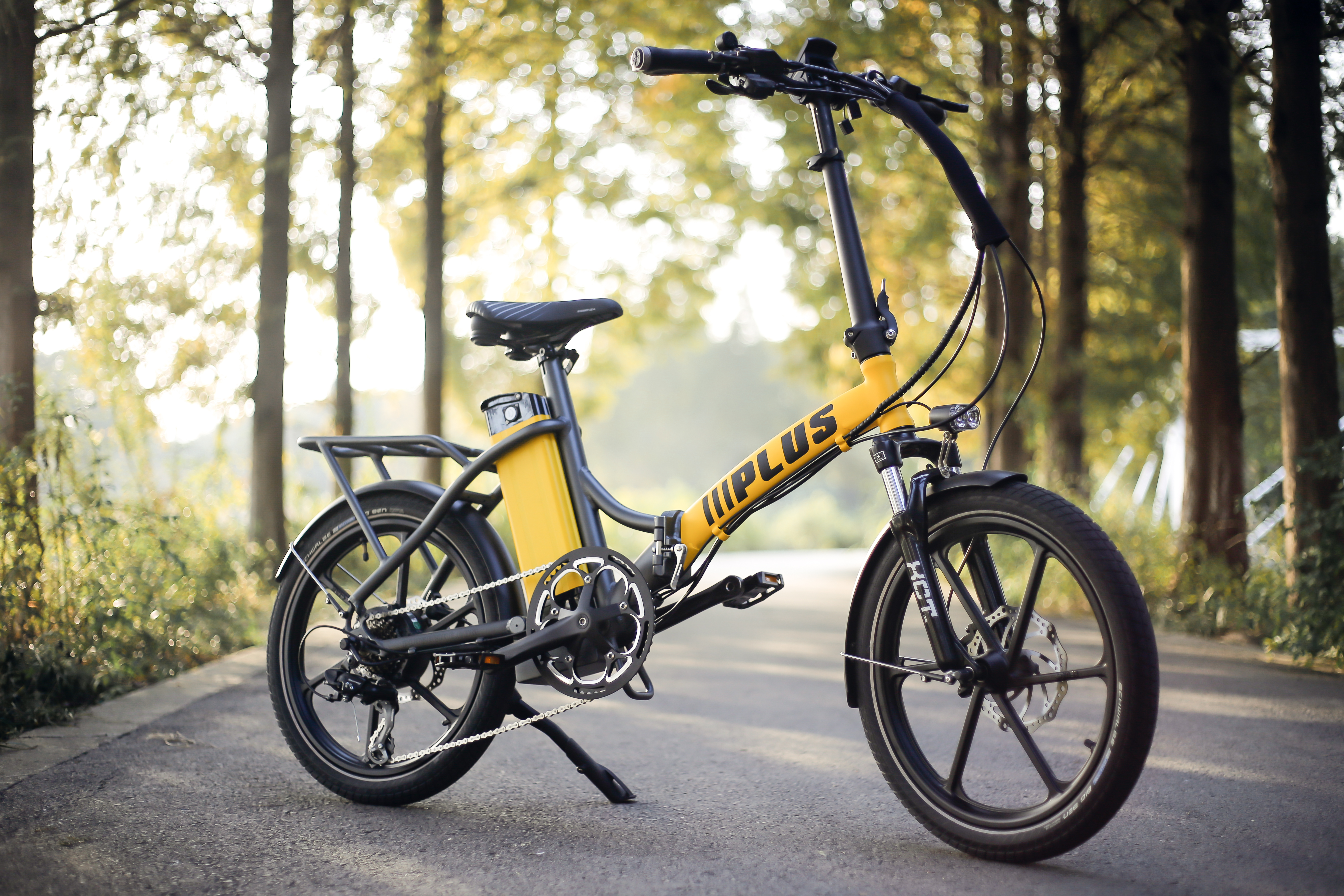 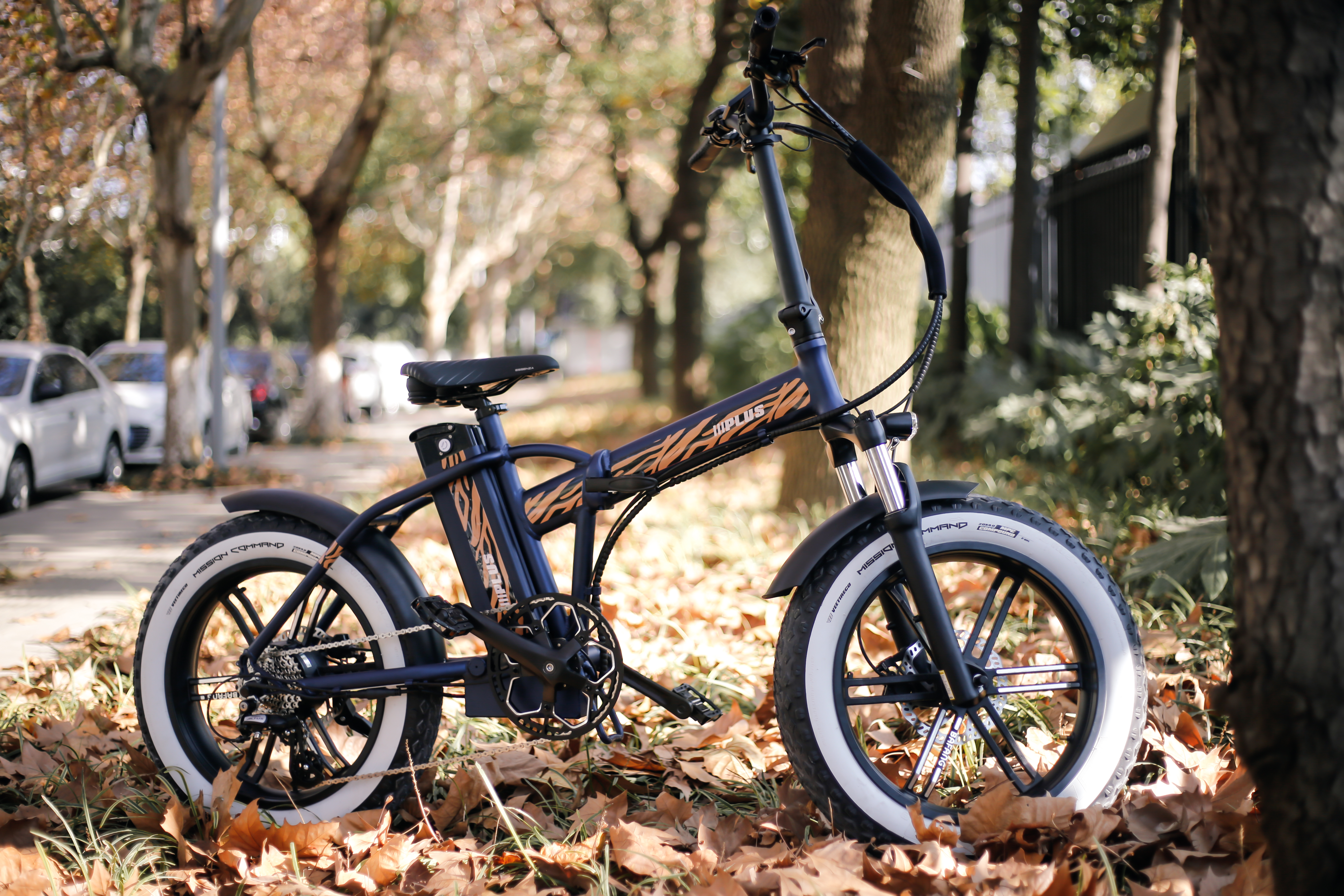 3.You’ll ride a lot more, even if you already ride a lot.

Getting an e-bike can dramatically increase how often you ride, according to a survey of nearly 1,800 e-bike owners in North America. Beforehand, 55 percent of respondents said they rode daily or weekly. After buying an e-bike, that number soared to 91 percent. It makes sense: Even if you’re super fit, you still get tired (likely from training or racing) and remounting your bike can feel like a chore. If you have an e-bike, you can continue riding while giving your knackered legs a bit of a break. You can also go faster, which makes biking for longer trips more attractive, even when you’re pressed for time.

For those who aren’t frequent riders,e-bikes open up a whole new world. While you may not be conditioned to ride 5-10 miles at a time, you can cover those distances easily with an electric assist, which is a great way to build endurance and confidence. That same survey found that 94 percent of non-cyclists rode daily or weekly after getting an e-bike.


4. There’s an e-bike for everything.

Name a type of riding, and there’s an e-bike for that. If you have zero interest in an electric road bike, you may find yourself head over heels for a high-capacity e-cargo bike that can haul 400 pounds of stuff while still cruising at a cool 15 mph. E-bikes are available in fat, cargo, commuter, recreational, hardtail, full-suspension mountain, and even performance road bike styles. For proof, here are a dozen e-bikes we love for every type of cyclist.

5. They can replace driving.

“People are buying electric bicycles as a way to reduce car trips,” Benjamin says. The data backs him up: 28 percent of survey respondents said they bought an e-bike specifically to replace driving a car. And many other reasons buyers listed for wanting an e-bike—including carrying cargo and kids, avoiding parking and traffic, and environmental concerns—also indicate a desire to get out from behind the wheel. Plus, you don’t need to change clothes or clean up when you arrive at your destination, because you don’t have to work up as much of a sweat.

E-bikes do some of the work for you, but they still count as exercise, especially for people who have otherwise been sedentary. Colorado University researchers found that when 20 non-exercising men and women e-biked about 40 minutes three days a week, they improved their cardiovascular fitness and blood sugar in just one month. “Many people are not fit enough to ride long enough to get meaningful health and fitness benefits from biking,” Benjamin says. “Put them on an electric bike and they can go out and ride for an hour and get a significant amount of exercise.”

Even if you’re in excellent shape and very fit, you still can get exercise by e-biking. When I did a head-to-head comparison of commuting with my cross bike versus a recreational e-bike, I found that my relative effort was much lower, and I burned about half as many calories, on the e-bike. But I still burned something—up to 200 calories per hour, the equivalent of what you burn by walking. And I opted for quick e-bike rides to town where I would usually drive, which means I was considerably more active overall.

6. The batteries are getting better.

There’s no getting around it: E-bikes give you yet another device to charge. Right now, you can expect your battery to last anywhere from 35 to 100 miles before it needs a recharge. Where you fall in that range depends on the size of the battery and how much power the motor draws. Obviously, if you buzz around on “turbo” all day, you’ll run out of juice faster than if you run on lower, more economical settings. But we also expect batteries to improve in the future. 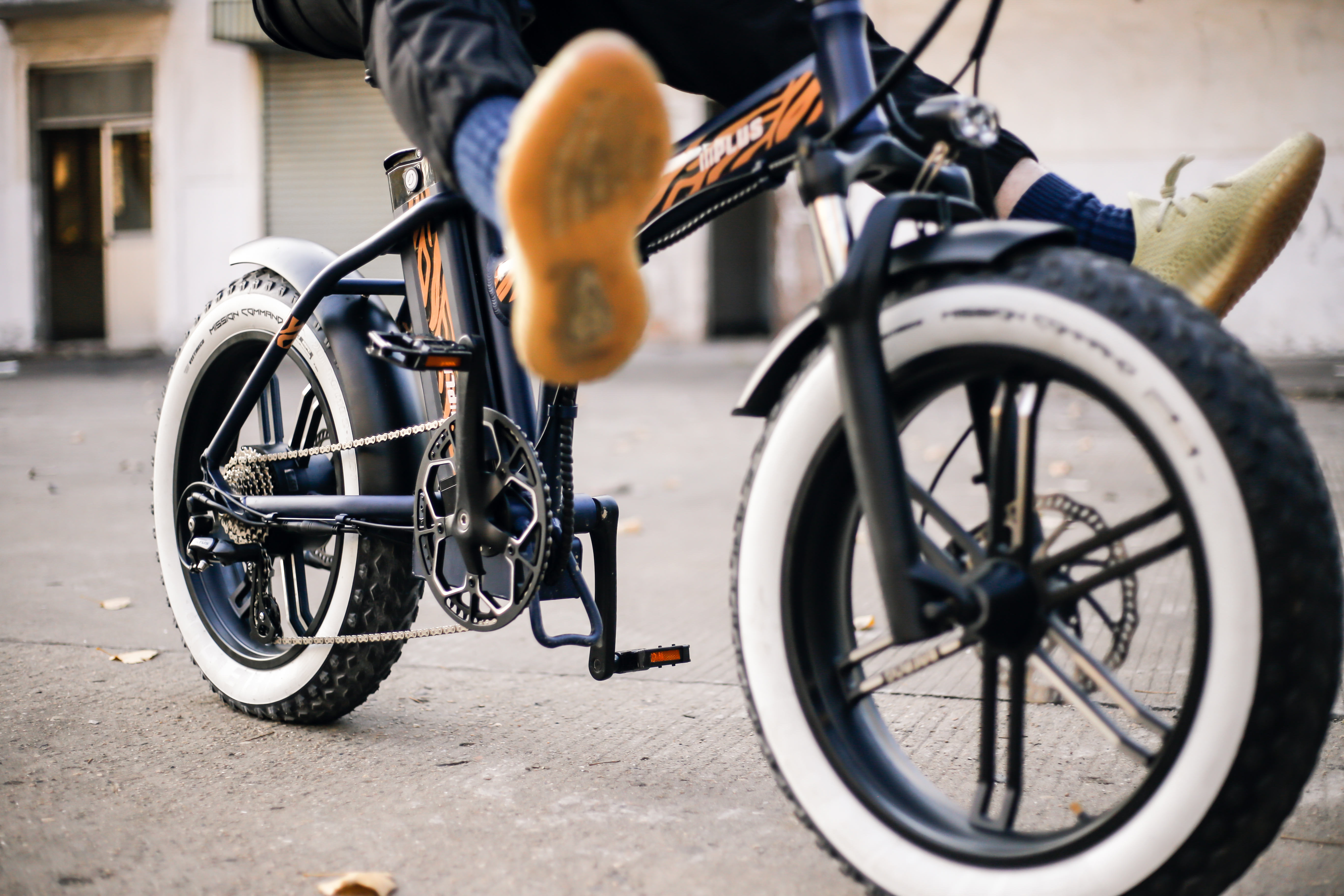 E-bikes remain a subject of controversy in mountain biking circles. You may not be able to take one on your favorite singletrack right now, as most non-motorized trails prohibit them. However, things have been tilting in a more permissive direction. IMBA, the sport’s largest public advocacy group, shifted its stance to support allowing access for some pedal-assist e-bikes (those that top out at 20 mph) on some trails. With every major manufacturer making e-mountain bikes, more access is likely only a matter of time. “In a few years, people will realize that electric mountain bikes have no more trail impact than a regular mountain bike,” Benjamin says.

8. They’re not cheap, but they can save you money.

You can’t really get a cheap e-bike just yet. But if you keep the car in the garage more often, you’ll save cash on maintenance and gas money—not to mention the added health benefits and potentially fewer sick days from getting more exercise. Prices vary widely, but you should expect to pay at least $1,500 for a decent e-bike, and considerably more ($2,500 to $5,500) for a quality bike with a motor system from a major manufacturer like Bosch, Shimano, or Yamaha.

The first thing many cyclists do when checking out a new bike is give it a lift to gauge the weight. You’re in for a little scale shock if you try that with an e-bike. The battery, motor, extra components, and reinforced frame make e-bikes inherently heavier than standard bikes—to the tune of about 20 extra pounds. Modern geometry and engineering help them handle well despite their weight, and obviously the motor-assist makes the extra pounds disappear when you start to pedal. But you’ll need more muscle to get them on your car rack or up and down stairs. 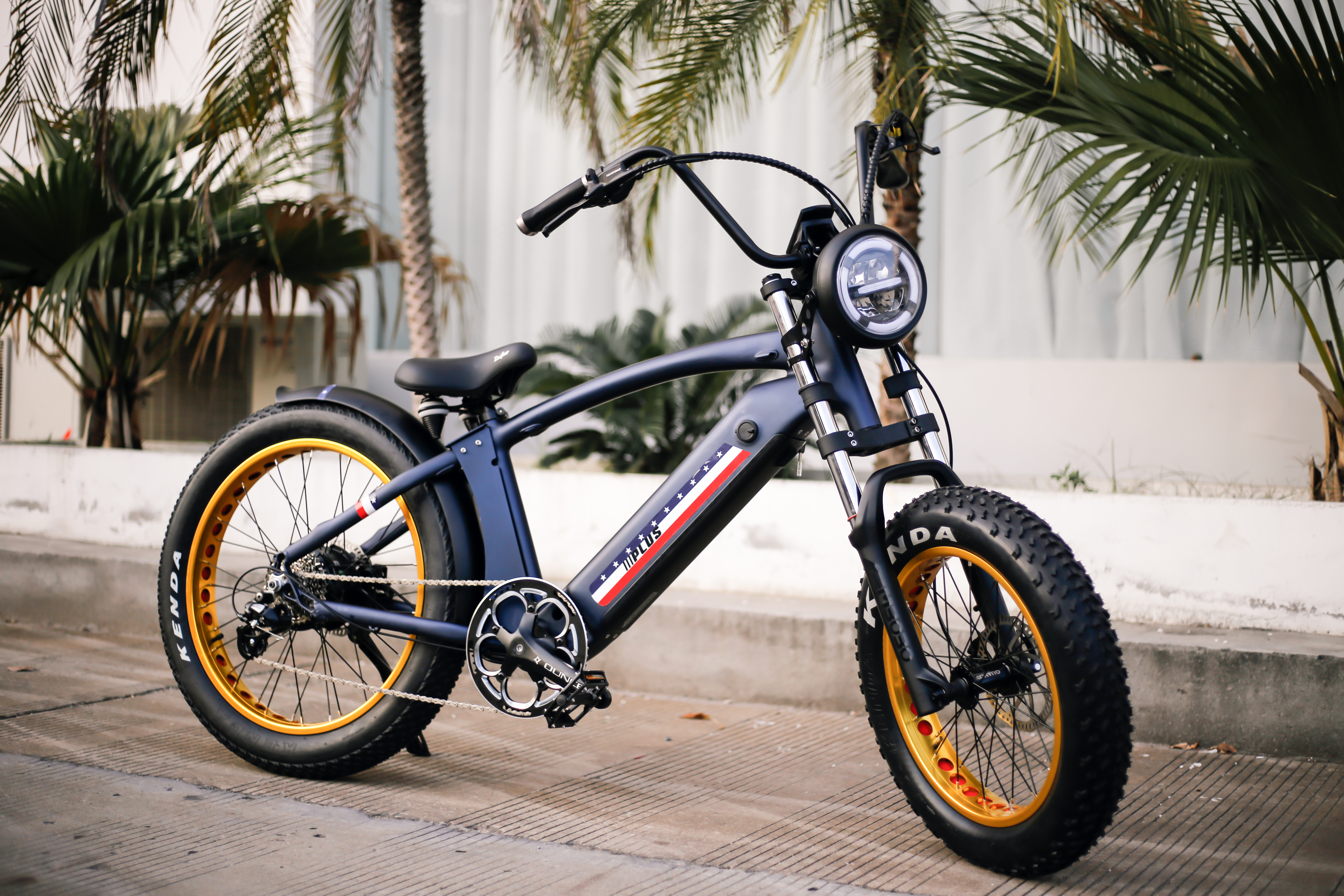 10. They’re the future of transportation.

Every major bike manufacturer—and literally dozens of smaller ones—is already in the e-bike game. Car companies aren’t far behind. Ford bankrolled an electric bike-share system in San Francisco, and GM launched two e-bikes of their own. “The car business is jumping in with both feet,” Benjamin says, “because they realize that cars in high-density urban areas, where more than half the human race lives, just aren’t working anymore.” With big transportation players like Uber and Lyft seeing massive success with e-bikes, and cities searching for ways to relieve traffic congestion, programs may only continue to expand.

It’s not as crazy as it sounds. In Europe, where the e-bike market has exploded, the European Cycling Union created a new racing circuit for e-bikes, including e-road and e-mountain bikes, for the 2019 season. Following suit, the UCI included an electric mountain bike competition in the 2019 World Mountain Bike Championships. Yes, a rainbow jersey was awarded to the world’s best off-road e-biker!

12. It’s impossible to ride one without smiling.

That’s the truth. Our testers—all of whom are passionate traditional bike riders and/or racers—enjoyed tossing a leg over a pedal-assist bike so much that they took to calling them “wheee!” bikes. We’re willing to bet you’ll agree.

Be extra vigilant in traffic. People in cars already underestimate how fast cyclists can move. Until e-bikes become commonplace, drivers won’t expect you to travel close to their speed. Ride defensively, assuming they don’t see you. Keep your speed in check in congested areas. Be as visible as possible by using daytime riding lights.